Go to episode #3 on this link to listen to the podcast listened to for the sermon.

During the service Sunday, the community listened to 55 min - 1 hr 10 min, transcript below.

TB: that was sparked [00:55:00] with the election of Barack Obama and that festered in a way that took us to 2016 and that we still have not dealt with but have been forced to confront more fully because of the narcissistic person that’s in power now. So I don’t suffer under — certainly, I am advocating (laughs) for a change in administration. I’m not saying I’m not there. But as a priest in the broader sense of that word, I’m really trying to prepare myself to help shift a narrative from one of war language to one of reasoning language. And what is it going to take for people to act civilly and humanely with one another once again and for there to be room to affirm the dignity and humanity of every human being whether you understand them or not and to allow people to speak their minds and speak their hearts without fear? That is the work of the priest. How do we build places of safety and comfort so that people can put down their weapons? And as my ancestors would say, “Study war no more.” And I feel like there are enough prophetic voices in this moment, in pulpits and in the public square, and many of them are jockeying for that moment. But there aren’t a lot of people who are talking about the repair that is gonna be needed in this country no matter who [00:57:00] wins. (laughs) And how are we going to get there? And how are we going to model for people a world where difference is an asset and not a burden? And that’s where I’m choosing to focus my energy. I get my mad. I do. I say things about this administration. But I want to be clear. I always think that whoever is in palace is the emperor. And it doesn’t really matter (laughs) that much for me. It does because of the narcissism of this. But I’m always going to be challenging that. What’s different for me in this moment is that we are in a country that is intolerant of anybody and anything that’s not like them, and we can’t live this way. We can’t. It’s not like progressives can win and throw away all the evangelicals. (laughs) And it’s not like evangelicals can win [00:58:00] and throw away all the progressives. It’s not like white people can do this work without black and brown people ’cause they never have. And it’s not like black and brown people can do all this work without white people. So how are we gonna get back to a place where we can disagree? Or maybe we’ve never been to that place that I’m reaching for. But we were closer than we have been right now, right? (laughs)

TB: What are we gonna do with the madness? And that is gonna be the role of the priest. And I mean the priest in orchestrated faith. And I mean the priest in a spiritual realm. And I mean the self-selected priesthood of believers, whatever that belief is. How are we gonna get through this? Because we have been completely torn to shreds. And that’s where I want to spend my [00:59:00] energy. I want to be a part of that. I want to be a part of the hard conversations that we have to have. Inside the church and inside the synagogue, and inside the temple, and in the public square. And how are we going to send messages that reaffirm — I’ve suggested this to the Biden campaign. They didn’t listen to me, right? I said, “I don’t need another commercial about what you want to do about this. I want to know what are you gonna do (laughs) to heal this country,” right? “And give me a campaign that gives me a vision of what it looks like for me to begin the healing process of this country.” I feel like we’ll have a different outcome for the election. But even if we don’t, my task does not change. The task has to be repairing the breach. And the breach is wide.

LA: It’s powerful to me that in your answer and your response that you’ve challenged what is the — often the dominant paradigm, which is the prophetic paradigm as the one that will actually take us to the place of repair and healing. I just know that to really be able to cultivate spaces where that priestly role in its broadest way is lifted up is very — it feels very right now for a lot of leaders that I know who are outside of traditional religious spaces who are talking about the role of healers [01:01:00] for this moment and seeing that as critical in a way that, again, is outside of the dominant paradigm and speaks to your — what you just said about offering that as something for the Biden campaign that folks didn’t pick up on. (start here?) But it is moving in a counter cultural way that is — it reminds me of the whole space that we’re in. It is not the charismatic one anymore, but it’s a community that is pitched with healing and repair, which again moves away from that singular voice to what is the collective that we have to become in order to bind these wounds that are so deep and that may have never actually had any context for being able to understand healing because we may have never been [01:02:00] there.

TB: And for the priest — and this has been a — probably jolt some people, but winning for the priest would never look like casting out even Donald Trump.

TB: (start here?) Winning for the priest looks like drawing him in to a place that causes him to be different than he is now. And I’m using him but for a lot of people, right? (laughs) It’s not an administration of one, right? Winning for the priest is never about annihilation. It’s about transformation. That’s not popular. [01:03:00]

ST: But Reverend Traci Blackmon, that’s why you’re my rabbi. That’s why I love you so because nobody is invisible to Traci. And I think if we could learn from that. When you’re a priest, you make me think, and that’s what we do. We minister to people in that role. You can’t unless you really see people because there are no formulas. There’s no cookie cutter way to do this work. It’s all individual because you’re — you have to see people on the streets of Ferguson. That’s what got my attention. These beautiful, young, many queer, black, beautiful people saying, “See [01:04:00] me. See me. I’m not invisible. I’m a mother. I’m a nurse. I’m a teacher. I’m a person.” And I think that’s what you make me think of, Traci, and this work — this healing work of the priest. And you’re right. There’s so many prophets out there now. (laughs) Something is bound to stick. They’re throwing a lot of stuff out. But if we concentrate on the healing work maybe we’ll have half a chance.

TB: You guys should do a podcast on this.

TB: Because you made me think about it. There’s so many people whose faces you came to know in Ferguson — young people in Ferguson — who have grown up, right? And —

TB: Yes. In a (overlapping dialogue; inaudible) like amazed that it is only — I’m not gonna say it’s only. But I think it’s only because of Ferguson that people saw them and took a chance on brilliance uncurated, right?

TB: So what Ferguson proved is that there are people who deserve to be places where they might not ever be in the systems we have created.

TB: And some of our institutions like SLU and WashU to name the most prominent where it cost $40 and $60,000 a year to go to college, there were people in Ferguson who could not afford that. But they made opportunities, identified some of those people, right? And so now Brittney [Farrel?], who was chanting with her baby on her hip, “It is [01:06:00] my duty for my freedom,” is in her PhD program for nursing. And Alexis [Tartney?], who always was grabbing the microphone and was going through a gender —

TB: — identity reconciliation I’ll call her — from her outside to her — from his outside to his inside — all during Ferguson and being targeted because of that has now been accepted to law school at WashU. And Kayla Reed, who was pretty quiet in Ferguson — or at least I didn’t hear her. It could have been my big mouth. But she was there present all the time. And she’s now leading Action St. Louis, which just got the workhouse closed. And these are people who all have WashU degrees now [01:07:00] which is a super prestigious institution for them to have graduated from and who may not have ever had a WashU degree (laughs) had it not been for someone seeing them in the streets of Ferguson. And that’s just to name a few. And all these other things. Activists unseating a 20-year generational congressman to go — to be our representative in Congress with no political background. That is the Ferguson uprising. You feel me?

TB: A manifestation of all that we’re talking about. And it’s not that Ferguson gave them the brilliance. It’s that they were brilliant and were limited because of the [01:08:00] mindsets of Fergusons, right? And so what other brilliance is there that’s untapped and unseen? It’s just amazing to me. It’s amazing. There are others. Rasheen Aldridge, who is now in the representative for us in Jefferson City at the capitol. It’s amazing.

TB: You should do a podcast with it. I’m just saying.

LA: I mean is that winning? Our next question was so many times we don’t ha– we forget the legacy of the work that we’ve done — like the impact. We don’t tell the story. [01:09:00] And you telling these stories of these people who — these young people who were seen and who are changing that’s the story of Ferguson that people don’t know.

LA: One of the reasons we came up with that question was because I remember we were — I was listening to the Bend the Arc did their conference at the beginning of the quarantine. And one of their speakers was talking about the fact that there is so much inside of our legacies and so much inside of our history that we forget. And that people are often thinking, “Oh, progressive spaces are dour. And progressive spaces are not fun, [01:10:00] and our movements are not joyous.” And we don’t remember our freedom stories and our freedom struggles. But when you were telling that — those stories and remembering the people and saying, “Here is where they are now,” it’s like how do we continue to lift that — those stories of that excellence, and those stories of what happens when we see each other up in our movement? What happens when we do that?

TB: Isn’t that amazing though? 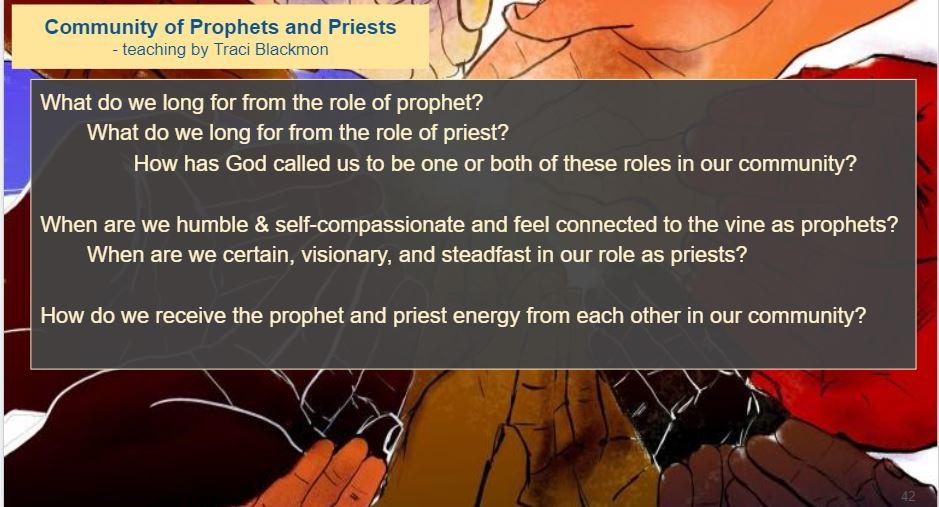